I’ve been in a linear motion groove for the past few weeks, and I’d like to share the various types of linear motion mechanisms that makers can use in the projects. Basically, linear motion is the act of moving things in a straight line. This is great for a variety of machines ranging from 3-axis CNC mills all the way to the vending machine that serves you lollies and crisps.

A rack is a circular gear which rolls on a track, the pinion, which is kind of a gear which has been opened and rolled flat (pictured above). This is common in steering mechanisms in cars, and can be seen in large industrial machines.

Lead screws and ballscrews are common in CNC machines. They comprise of a long threaded rod and a nut which is attached to the platform or object you would like to move. By rotating the threaded rod, you can move the nut back and forth your axis of movement. A good everyday example of this is your bench vise. This is very similar to the mechanism that is used by rack and pinion. Some smaller CNC machines user timing belts and pulleys, like the Shapeoko. Usually timing belts are made of rubber, but you can scale the idea to roller chain (like on your push bike).

You can use open ended timing belts in an “omega drive”:

Or, you can cut a loop of timing belt and attach your platform as a link on the belt: 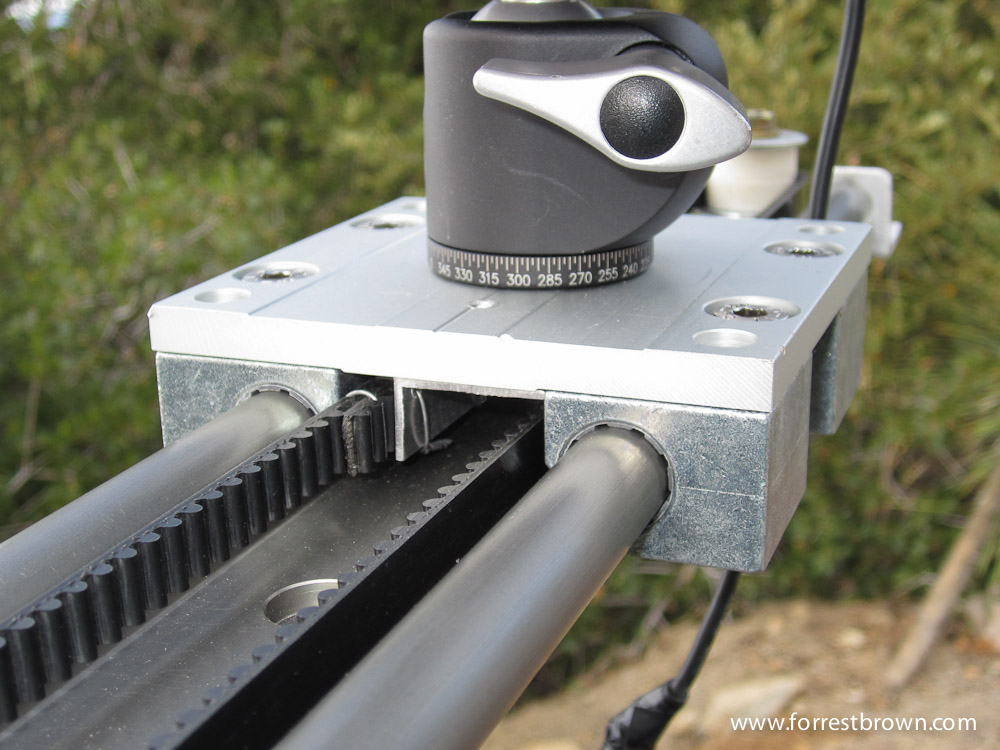 I’ve described above how to move things by applying a force, but you will also have to guide the item that is moving. This is where linear rails and bearings come in: Combining linear guides, bearings, and a force solution, you can accurately move things on one axis!